The Opening Ceremony - How to Open a Bottle of Wine 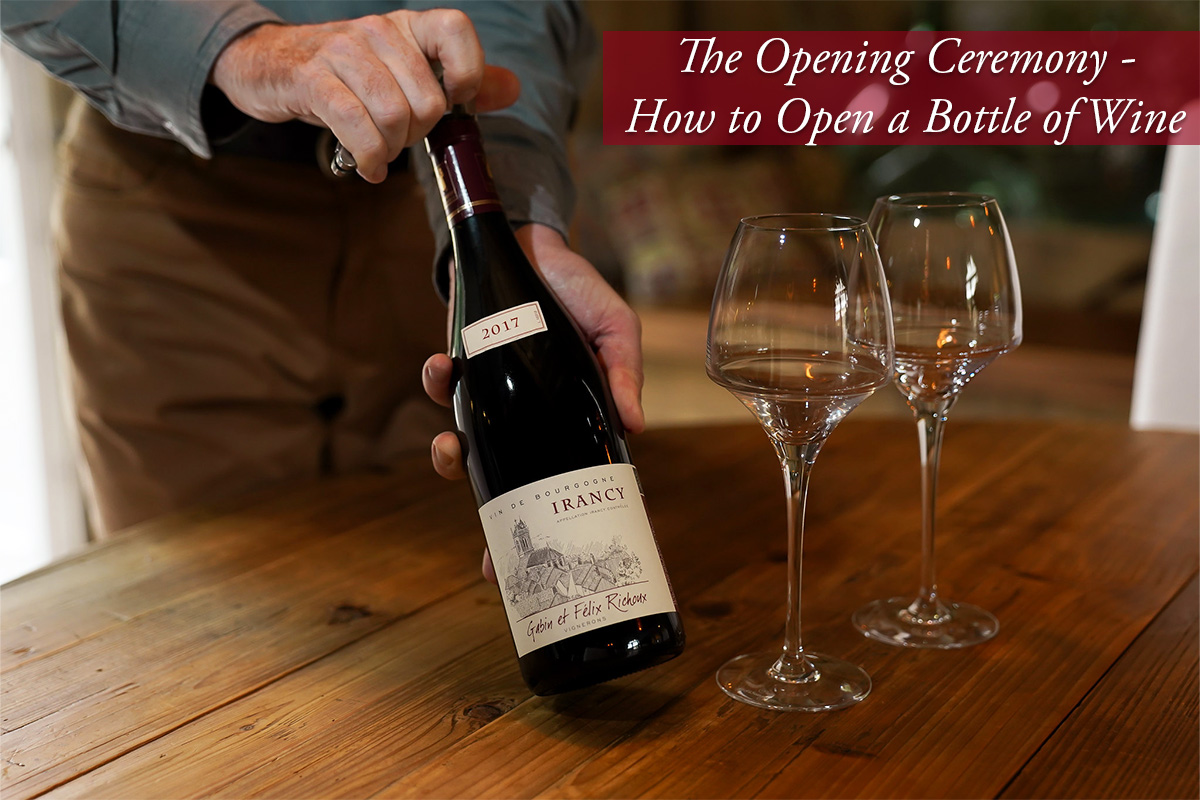 Drinking wine, especially good wine, is akin to a sort of ritual. We get pleasure from selecting the bottle, slicing the foil, pulling the cork (and that satisfying pop) before we even get around to sniffing and tasting. As with most things in life, to open a bottle properly - without risking ruining the cork, the wine or both – requires the right tools for the job. Let’s take a look at the best wine openers – and techniques – so that you can enjoy the opening preamble as much as the main event. The following methods are for still wines rather than sparkling.

The waiter’s friend – the standard, ubiquitous corkscrew, with double-hinged lever action. First up, use the small enclosed knife to cut the foil, just under the lip of the bottle, (serrated blades are particularly good for this). Then put the tip of the corkscrew onto the cork, slightly off-centre as it will correct itself as it goes in, and screw it in carefully. Continue until it’s nearly all in (maybe one turn of the screw remains outside). Then clamp the foldable lever part down onto the lip of the bottle, and lower the handle to lever the cork out, doing the last cork-pull by hand.

Winged corkscrew – this comes without a foil-slicing blade, but the handle part does double as a bottle-opener if you decide to have a beer too. This time, place the end of the screw in the centre of the cork and screw it right in. Then simply press down on the levers which have risen up with both hands, and watch the cork rise majestically from the bottle.

Lever corkscrew – these elegant-looking contraptions are a more expensive option but are far and away the simplest and quickest way to open your bottle. Clamp the neck of the bottle in the collar using the bottom two handles, then pull the top lever down to spear the cork in one easy motion. Lift the lever up again, (keeping the neck tightly grasped all the time) and watch the cork ease out. Even better, these models also dispense the cork for you in one fluid motion – pull back the top lever again, and then pull it down once more – the cork is unscrewed immediately and freed.

All of the screwpulls are variants on the original 1979 patent filed by a US inventor, one Herbert Allen. But what if you don’t have a screwpull to hand? Well, depending on how adventurous you’re feeling, you could try one of the following methods:

Use a key: not a very elegant method, but if needs must then push the key into the top of the cork at a 45 degree angle. Then, using a towel to grip the key, push it in as far as it will go. Gently move it upwards, left and right in a circular motion. This works best with synthetic corks which won’t crumble.

Use a shoe: Yes, you read that right – but not one for expensive bottles, so use as a last resort. Remove the foil cap and place the bottle in a shoe, with the base upright where you’d normally put your heel. Hit the bottom of the shoe’s heel against a wall or hard surface, and you’ll find the cork moves out of the bottle gradually. You’ll probably have to finish it off by hand. A useful if hygienically-questionable party trick!

You may have heard about people who open bottle using lighter flames, which is possible – but not recommended. This method heats the wine to produce vapors which push the cork upwards – meaning the composition of the wine is affected, along with its taste and aroma. Also, although a knife can be used to open a bottle, this is also a recipe for stabbed fingers, broken knives and smashed bottles. 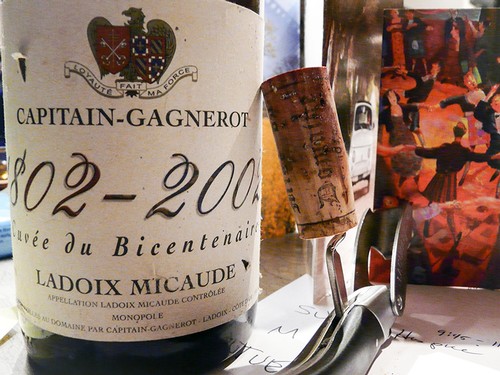 What if the wine is sparkling? If you need to open a good bottle of Crémant de Bourgogne, there are a couple of things to remember. Firstly, once you’ve taken off the foil, don’t remove the wire cage fully – just loosen it using the tabs that are usually provided. Put a towel or cloth over the cork once you’ve done this. Secondly, always turn the bottle rather than the cork. Rotate the bottle, at an angle of 45 degrees (and away from your guests) and let the cork come out slowly with a sigh rather than a pop – unless you happen to be a Formula 1 champion.

Finally, the act of pouring is all about the wrist action – stop pouring decisively and quickly to prevent dribbles, and rotate the bottle up and away from you as you do so. And that’s it! Once you’ve mastered these few techniques on opening and pouring, you can rest assured that your reputation – plus your wine bottle and its cork – will be intact.

We have plenty more articles explaining the ins and outs of Burgundy wine, like this one on some of the best affordable wine in Burgundy. And don’t forget our Burgundy Wine Club, open for membership now!