Why Choose Burgundy? Part 1 - the Grapes 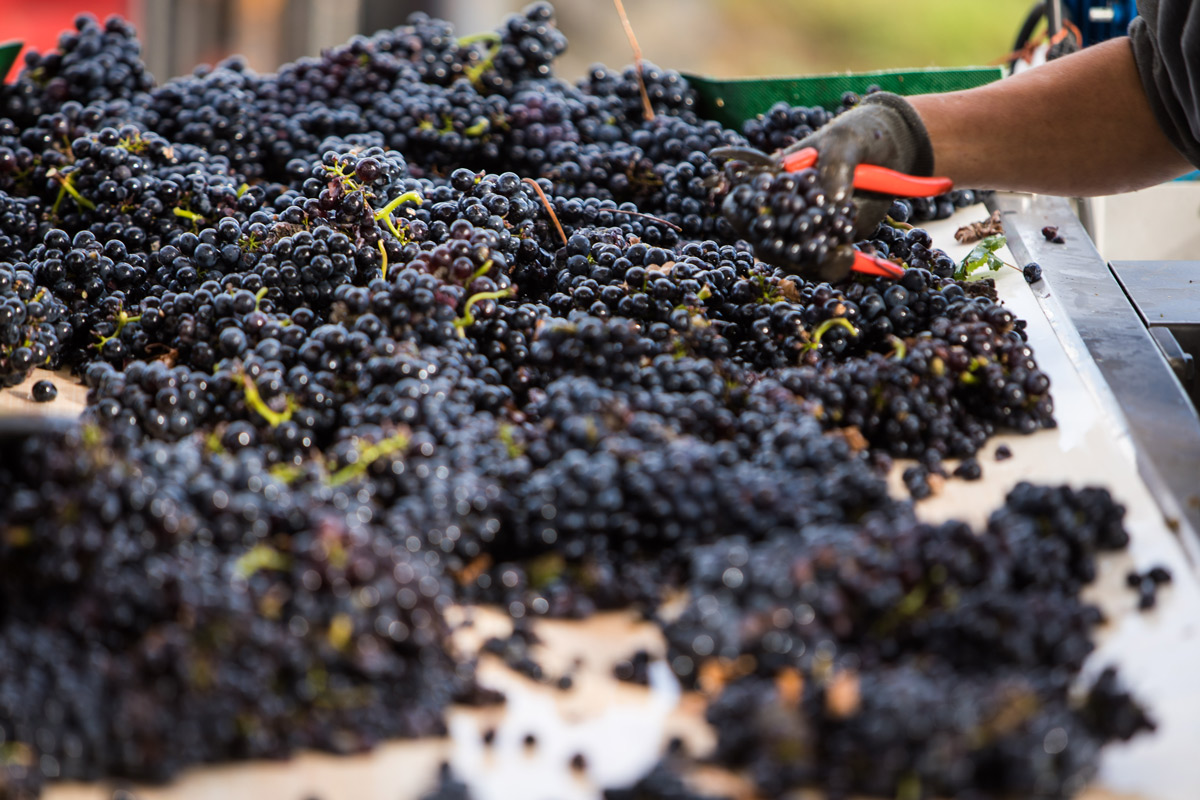 Why choose Burgundy? It’s a simple question. With so many wines on offer from all around the world, it’s a question some may find themselves asking. The answer—or rather, answers—will take us on a journey of discovery from the Kings, Dukes and thirsty monks of the Burgundian past to the colorful characters of the present day, via rolling hillsides and mysteries of the terroir. In this, the first part of our series, we look at the grapes used to make Burgundy wine; how they differ from other grapes, why they’re so special and how they came to dominate.

Burgundy makes wines using just a single variety of grape, Chardonnay for white and Pinot Noir for red. There are small amounts of other wines but these are the two main grapes. Making a single grape wine takes skill, many other regions have the option of blending a range of grapes to achieve a balance, much like a soup, however in Burgundy the winemakers and the Terroir both demand that the best road be taken, not the easy road.

In this region the winemaker's philosophy is to allow these grapes to be the vehicle within which the Burgundian Terroir is experienced. In Part three of this series we will focus on just that element - Terroir - And the wonderful differences that these two varieties show within the regions and villages.

Pinot Noir  Has dominated here since it was first cultivated by monks in the 14th century. The so-called Black Pine grape (pinot = pine, noir = black) gets its name from the cone-shaped clusters it forms on the vine whilst ripening. Its success is not down to mere chance or quirk of fate; there’s a reason that a deep, rich red color is known as Burgundy, as anyone who has poured a wine from this region will know. This is a complex ancient grape (more than 1,000 years older than Cabernet Sauvignon) yet in both the vineyard and winery, it is difficult to work with, taking real talent to produce the best examples.                                                                                                      Burgundy is a region that respects her history and traditions, but is not set in her ways! Winemaking is always evolving here, whilst keeping true to the philosophy of expressing the landscape. This displays itself clearly when we look at how the winemakers are currently working with Pinot Noir. In the vineyard, working with the elements and in the winemaking, the maceration is an infusion rather than extraction,  natural yeast, gentle pressing and judicious use of oak and sulphur, minimal racking and filtration. The result is wonderful and we are in a golden age for red wine ! This Ladoix 1er Cru is a wonderful expression of pure Pinot Noir.

Chardonnay. Unlike Pinot Noir, Chardonnay (worldwide) is very easy to work with, it can produce a very high yield in a range of climates, it can be allowed to go through MLF and also be aged in a wide range of vessels including oak. However, it is this versatility that can also be its downfall. This is the reason why there are so many bad examples of Chardonnay around the world.                                                               Why does a grape that is so maligned in other parts show so well in this region? Simply put, within Burgundy, Chardonnay is respected and it returns the love given to it within the wines. Starting in the vineyard, general quality viticultural practices, organic farming and lower yields enables the Chardonnay to enter the winery in the expected condition. Usually whole bunch pressing and fermentation with natural yeasts, after which each winemaker, village and vineyard have their own choices to make. Choices that we judge, however not many will argue that the producers in Burgundy are making the very best example of white wine in the world. Try this Chablis 1er Cru to see what pure Chardonnay is like.

Crémant is a sparkling wine, made using the same method as Champagne. There are eight regions in total permitted to produce Crémant, however each region uses the grape varieties individual to that specific area. So, again in Burgundy with Crémant de Bourgogne we are allowed both Chardonnay and Pinot Noir (same as champagne) with the occasional addition of Gamay and Aligoté. Crémant is a different beast to Champagne and that’s as it should be. It’s not trying to be Champagne—rather, it has its own unique regional identity. This amazing value Zero Dosage Crémant de Bourgogne shows just how good these wines can be!

The natural high acidity and elegance of both Burgundian Chardonnay and Pinot Noir enables them to pair well with so many dishes. That’s particularly useful in Burgundy, known as France’s stomach and famed worldwide for its beautiful cuisine. There’s one other reason to choose Burgundy wines. Although it produces some of the best and often most expensive wines in the world, it’s also where some of the most affordable and accessible wines come from. Here, for once, you can get the highest quality without the highest prices. To do so needs a little care and knowledge, and is Elden Selection’s raison d'être—bringing the best small, lesser-known appellations for red wines and white wines to a wider audience.

That’s not to say you must drink Burgundy to the exclusion of all else. In fact, drinking wines from other regions and countries helps give context and perspective to your wine knowledge. But Burgundy speaks for itself in terms of its pedigree and devotion to wines. Chardonnay and Pinot Noir are grown elsewhere, but never on the same hallowed terroir as in Burgundy, and never with such magical results.