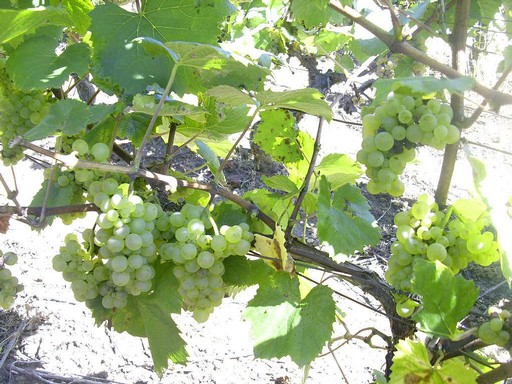 The Aligoté varietal first emerged in the Bourgogne in the 17th century, and is the result of a cross between Gouais Blanc and Pinot Noir. It also shares its origins with Chardonnay.

For a long time, the Aligoté grape suffered from being compared to Chardonnay, despite sometimes being planted alongside it in certain prestigious appellations such as Corton-Charlemagne and Montrachet. It flourished on the best hillsides, producing bigger, more plentiful grapes than the Chardonnay varietal.

In 1937, along with the other Bourgogne AOCs, the Aligoté grape received a first sign of recognition, with the creation of the Régionale AOC, Bourgogne Aligoté, which was authorized to be produced right across the Bourgogne.

For the past several years, its reputation has continued to grow. Bourgogne Aligoté is now appreciated by wine lovers for its vivacity and thirst-quenching qualities, and is popular among a hip young clientele.

A palate of flavor, from aperitif to cheese, Bourgogne Aligoté first catches the eye with its pale yellow color with hints of gold... 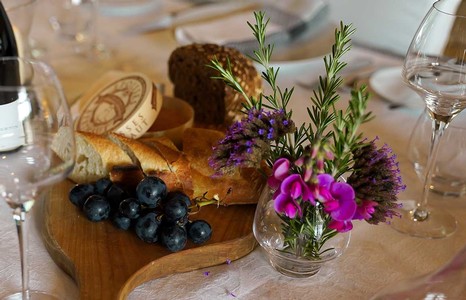 On the nose, it offers a range of delicious aromas of white-fleshed fruit, white blossom, peach, lemon, linden, acacia, hazelnut, green apple, and sometimes even citrus.
On the tongue, it is always remarkably fresh, with hints of saline and a fruity acidity that ensures good length.

Ideal as an al fresco aperitif in the garden, with lunch on the riverbank, to accompany a barbecue, or for a dinner with friends by the fireside, Bourgogne Aligoté is the perfect accompaniment for a convivial event and is ideal for sharing.

Seafood and oysters wonderfully enhance its saline notes. With bass or shellfish, Bourgogne Aligoté is able to bring out the delicate notes of the seafood dish. Try with white meat such as poultry or roast pork, or at the end of a meal with fresh or aged cheese such as Crottin de Chavignol. It will be sublime! And we also like to bring out the notes of white flowers and honey found in some Aligoté by pairing with a couple of our favorite dishes. Try making a Rhubarb & Brioche French Toast in the early Spring or a delictable Venetial Pea Risotto.

Did You Know: Some myths about Aligoté do exist. You may have heard that Aligoté wines do not age, which is false. They are delicious when young, but can also be aged for a few years to be enjoyed in their full glory. In their youth, they offer mainly vegetal aromas with the varietal coming through. But after a few months in the cellar, this gives way to the terroir.

You may also have heard that all Bourgogne Grand Cru whites have always been made from the Chardonnay grape, which is also false. Until the end of the 19th century, before phylloxera ravaged the vines, rows of Aligoté grew alongside their Chardonnay cousins in the vineyards of Corton-Charlemagne and Montrachet.