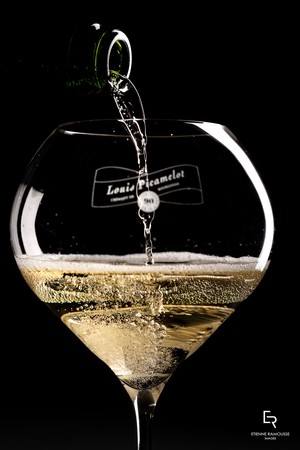 Founded in 1926, the Maison Louis Picamelot is today one of the oldest Crémant houses in Burgundy, and without a doubt the most distinguished. Philippe Chautard, Louis Picamelot’s grandson and the present owner has dedicated the house to a level of excellence that is rare by Champagne standards and unheard of in the world of Crémant.

Applied and original, Louis Picamelot Crémants stand out, each in their own way, but above all in their level of personality and perfection. Theirs is a quest to express Burgundian ‘terroir’ in Crémant in the same way that the best still wines from the best vineyards can.  To this end, the house owns, vinifies and produces single-vineyard Crémants that show the hand of an artist.

It was not always this way. In 1926, Louis Picamelot was one of the first inhabitants of Rully to invest in the production of “Bourgogne Mousseux”, produced by what was then called the Methode Champenoise. Today, we call it the Traditional Method.  This was merchant wine, produced from basic wines, purchased in years of heavy harvest, that were ‘champagned’.

As late as 1991, the house was buying 100% of the grapes they used. Between 2007 and 2011, in order to ensure control over the quality of the grapes, they acquired just over 10 hectares of vines located in the Côte Chalonnaise and the Côte de Beaune. In order to put the Burgundian “terroir” in the fore, in 2008 they first produced a Crémant de Bourgogne with grapes coming from only one plot. The “Terroir de Chazot” was born.  Other single-vineyard wines followed.

Today the house still buys some grapes, but only from selected producers and only in organic production. And the vineyard holdings that they own have been chosen especially for their individual expressions of Burgundy ‘terroir’. Notably, every bottle of Louis Picamelot Cremant is from a single vintage wine; there are no reserve wines, no blending of vintages; no ‘house style’.

In 2000, Phillipe Chautard acquired an old quarry in the village (4000 m²) which was brilliantly transformed into a modern winery, literally carved out of the rock. The green roof and the stone walls of the old quarry offer a naturally controlled temperature, which fits well into the house’s environmental approach.

This new cellar heralds a new direction and the progress of a rising Crémant de Bourgogne producer  which skyrockets towards quality. The place, which is both a production, storage and promotion tool, is part of a natural setting.  Rock, concrete and oak were used to build a site at a cost of € 3 million. Enough to initiate a wine tourism approach for this 2000 m² cellar in the center of Rully. The building is today the showcase for the development of direct sales.