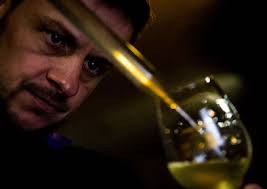 En Bas de Vauvry
This plot of 2 hectares is designated within the Rully Village appellation was acquired by Jean-Baptiste’s great-grandfather in 1910. Formerly a meadow, vineyard plantations only started in 2000, ending in 2009. He and his father planted these vines in both Chardonnay and Pinot Noir, the latter dominating “En Bas de Vauvry" is one of the few Rully appellation plots to be located in the heart of the historic Premiers Cru hillside of the appellation, and is considered one of the best village appellation parcels.

This vine plot is exposed East - Southeast, on average slope. Its subsoil is composed of an oxfordian substratum of white marls and marly limestones dominated by so-called oolitic limestones of "Nantoux", whose colluvial scree participates in the coarse fraction of soils. Its soil is brown, limestone, very stony, with a fine marly fraction.

Molesme
This 2 hectare vineyard is located in the Rully Premier Cru appellation area and belongs to the domain since 1954. This parcel was planted in Pinot Noir by Jean-Baptiste’s father and grandfather from 1978 to 1988 for a part, then by his father and him after that, when it was enlarged. In 2011, Jean Baptiste also bought an additional 1 hectare of Chardonnay which had been planted in 1975.

Molesme is a very generous ground plot, which does not fear drought. It is exposed East - Southeast. Its subsoil is composed of an oxfordian substratum of lithographic and oolitic limestone. Its soil is reddish brown calcareous, partly colluvial, with satisfactory hydric regime but with a possibility of seasonal karstic resurgence very localized in this plot.

Montpalais
This beautiful plot of Rully Premier Cru belongs to the domain since 1952, on a surface of 1 hectare. Montpalais was planted in Chardonnay by Jean-Baptiste’s father and grandfather in 1954. It is therefore a vine that is pruned in simple guyot. This plot never freezes, but is very prone to erosion because its slope is strong: it therefore requires special vigilance.

This vineyard is exposed East - Southeast on a regular slope but rather pronounced. Its subsoil is composed of an oxfordian substratum of white marls and marly limestones dominated by oolitic and lithographic so-called "de Nantoux" limestones, whose colluvial screes participate in the coarse fraction of soils. Its soil is brown, limestone, very stony, with a fine marly fraction.

Every village in Burgundy has its locomotive, its driving force, its star producer. Some are famous and take center stage.  Others are more reserved, discreet, working behind the scenes and leading by example. Jean-Baptiste Ponsot in Rully is perhaps the best example of the latter that we have ever met.

Rully, in the Cote Chalonnaise, makes twice as much white as it does red. But it has soils apt for both. In Rully, there are village appellation vineyards, as well as premier crus, producing great wines in both Chardonnay and Pinot Noir.

And Jean-Baptiste Ponsot works several of the best-positioned parcels.

The domain started in 1954 with Jean-Baptiste’s grandfather producing grapes as one of several crops on his polyculture farm. Jean-Baptiste’s father took the step to monoculture, and grapes, and then wine, became the only crop.

Jean-Baptiste took the reins at age 20, and in 2005 built a purpose-made winery and cellars. Today the domain works 8.5 ha (20 acres) on the best slopes in the appellation, two-thirds in premier cru and a third in appellation Rully; two-thirds white and a third red.

Vineyard work is best described as ‘sustainable’, with no herbicides used, and rigorous, meticulous farming to enhance soil quality. High quality, beautiful fruit is the goal.  So there is strict control of yields, aeration of the grape bunches as the season develops, selective pruning (depending on the plot), an increased leaf height to protect from frosts, and leaf stripping to allow maximum exposure to sunlight.

In the cellar, wines are left 12 months in oak, one third new, then assembled en masse for another 3 to 6 months, depending on the vintage.  Jean-Baptiste says that this resting period is what accounts for the elegant tension that is found in his wines.

His stated goal is to increase quality year after year by respect for the environment and responsible farming.