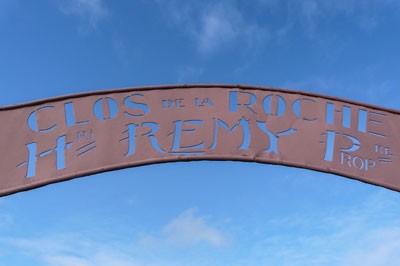 The Côte de Nuits is known for world-class Pinot Noir wines. It’s a cornucopia of superb reds (and a few great whites), a jewel in the Burgundian crown, and many other superlatives—but it’s got nothing to do with the night-time. In fact, there is some debate as to where the name of the picturesque town of Nuits-St-George (after which the Côte de Nuits is named) actually comes from. It may be a corruption of the Celtic ‘un win’, meaning a valley stream, though others claim it refers to the walnut trees in the area, known in Latin as ‘nutium’. It helps to know what you’re doing around here, as it is one of the most fragmented wine growing regions in the world. Clos de Vougeot, to take just one example, is divided between more than 90 growers. Gevrey-Chambertin has more famous individual vineyards than any other commune in Burgundy, each producer imparting their own personality on their wines. Of course, the land does this too, and the geography of the place; in Gevrey-Chambertin, Nuits-St-Georges and Vougeot, you’re likely to find robust, muscular wines—contrasting with Chambolle-Musigny and Vosne-Romanée where you can expect wines with more elegance and finesse. All of these communes are worth visiting and spending time in—a stay in this area will reward all of your senses. The town of Nuits-St-George, although not as focussed on tourism as Beaune, for example, is modest and unassuming. Look out for high stone walls such as those surrounding the Clos de Vougeot, as these denote monastic origins. The Cistercians (as is often the case) were amongst the first to blend wines from these slopes.

Around 95% of the wines from this region are red, however there are some excellent whites too. They are often very reasonably priced, with complex notes of orange flower and honey—rich, but open wines.

The marl and limestone soils of this region give superb red wines. They vary of course from village to village, of course. In Gevrey-Chambertin, Nuits-St-Georges and Vougeot, you’re likely to find robust, muscular wines—contrasting with Chambolle-Musigny and Vosne-Romanée where you can expect wines with more elegance and finesse. Their general character is an elegant, lush full-bodied one, with red fruit flavors and a pleasing earthiness. Drink them with pork, game and almost any red meat.