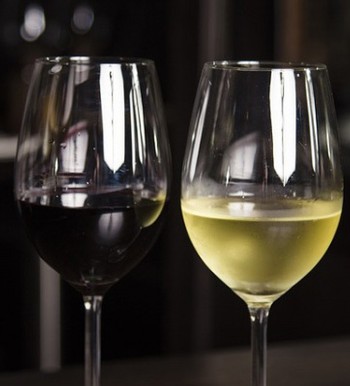 Celebrate the Father in your life with this yummy selection of burgundy wines.  Includes one bottle of each plus Ground Shipping included.

REDS
Domaine De Suremain Chateau de Monthelie 2017
This village appellation Monthelie is an ‘assemblage’ of four different parcels of vines, each of which is vinified and raised separately. Yields are very low here (22hl/ha), and the result is a wine of intense limpid ruby color, with a youthful fruit and spice attack that already shows complexity and elegance. 2010 is showing itself to be a vintage with great aging potential, and the tight tannins and juicy acidity that we see here proves the point.

Marchand-Tawse Nuits St Georges 2016
This village Nuits St Georges is an assemblage of three parcels, 'Les Allots' and 'Aux Lavieres' on the northern side of town nearer to Vosne-Romanee; and 'Les Maladieres' on the south side of town. The wine is ruby and bright with the fresh berry of youth, but with a structure that shows Pascal Marchand's judicious use of oak with light, sweet toast. Charming now, but will age beautifully.

Domaine Pierre Naigeon Marsannay 'Sampagny' 2018
And allow me to end with the biggest surprise of the day.  Pierre's Marsannay 'Sampagny' proves the adage that to understand Marsannay you need to know the vineyards. There is such diversity in the soil types in Marsannay. But here, in this single-vineyard 'Sampagny' you get a delicate cover to a magnificently complex wine, graceful and yet full of energy and tension. A great example of what Marsannay can be.

Jean Claude Rateau Beaune 'Prevoles 2017
Floral, round and structures, dense and full with great tension and a long long finish on the fruit.

Domaine Thierry Mortet Gevrey-Chambertin 2017
If you thought the ‘assemblage’ of the Mortet Bourgogne Rouge brought lots of different Pinot Noir strains to the cellar, get this: this Gevrey-Chambertin village is made from grapes from 20 different parcels of vines in AOC Gevrey-Chambertin! It would be hard to find a more representative example of Gevrey village’s famous diversity. Pure and open, intense blackberry and black currant, a touch of licorice. You’ll want to try it now, but keep it a few years more and you’ll be rewarded.

Gabin and Felix Richoux Irancy 2017
The village of Irancy, one of the prettiest in all of Burgundy, is also famous for its black cherries. We’re not sure if it is subliminal, but this Irancy from Thierry Richoux always has a deep backdrop of black cherry. Floral and fine, it is a masterful wine from one of the great domains of Burgundy. Remember who told you that!

WHITES
Capitain Gagnerot Saint Romain 'Au Bas de Poillange' 2018
This parcel of Saint Romain ‘Au Bas de Poillange’ is relatively new to the Maison Capitain, and it has become the pet project of Patrice’s son, Pierre-Francois, who works it with strict organic methods. What’s most interesting is that the Capitains know well the minerality of the Corton Mountain.  But this Saint Romain is something all its own.  Floral with racy stony freshness.  It’s a tiny production of about 3000 bottles a year.

Jean Dauvissat Pere et Fils Chablis 1er Cru ‘Montmains’ 2017
Montmains, a Left Bank Chablis premier cru, is perhaps the best ‘all-around’ example of what Chablis should be. It comes from a very rocky soil which gives a very pronounced minerality with extraordinary power and good aging potential. At the same time, it is ample, full and round. It can be tight in its youth, but is characteristically exuberant and vivacious.

Domaine Jean Fery Pernand-Vergelesses 'Les Combottes' 2018
Pernand 'Les Combottes' lies in a heat trap above and behind the village of Pernand-Vergelesses. In a sense it is the last vineyard in the line leading off of Corton-Charlemagne, which explains why you often see this village appellation bottled as a single vineyard lieu-dit. The Domaine Jean Fery has its roots in Echevronne, just above the village of Pernand-Vergelesses, so this is, in a sense, their signature white. Floral and mineral, uniquely Pernand, there's a freshness and a purity that is fleshy and fruity but well-cut and firm.

Domaine Oudin Chablis 1er Cru 'Vaucoupins' 2018
The uppermost right bank premier cru, situated between Fley and Chichée, and the next valley over from the premier cru Mont de Milieu, this Oudin Vaucoupin is ripe and fresh, subtle with a touch of salt. Lively and powerful, yet controlled enough to allow the minerality and purity to sing.