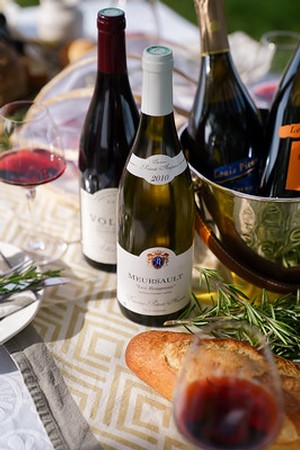 World Class Burgundy, ripe and ready for the holidays

Includes one bottle of each:

Domaine Albert Boillet Pommard 1er Cru 'En Largilliere' 2017
Situated above the ‘Grands Epenots’, ‘En Largilliers’ is a relatively unknown premier cru. It sits between ‘Charmots’ and Pezerolles’, and just below ‘Noizons’, so it has pedigree! As its name implies, it has a high content of clay, meaning that produces deep, tight, earthy wines. The 2016 is expressive, with superlative round fruit that engulfs the palate, with just a touch of earth and smoke so you know it's a Pommard. Deep, long finish. A wine you can enjoy now, but which will reward any patience you might have.

Domaine Borgeot Chassagne 1er Cru 'Clos St. Jean' 2019
The Clos St Jean lies toward the northern end of Chassagne-Montrachet, close to St Aubin, and borders a limestone quarry. For years we have insisted that it makes is one of the great red wines of the cote de Beaune, despite the modern trends to re-plant it with Chardonnay. And therein lies a tale. Years ago when the Borgeots wanted to take their production up a notch, they took on a partner and set up a small negociant house. One of the conditions of the deal was that they had to rip up their prized Clos St Jean red and replant it in white...which of course commands a higher price. The brothers were gutted because they knew what a great red parcel the Clos St Jean is. But they did it...and regretted it for years. But once they were really up and running, they got hold of another piece of Clos St Jean planted in Pinot Noir. These guys are true to their heritage and close to the earth. And it shows in everything they do!

Domaine Gilles Bouton Puligny-Montrachet 1er Cru 'La Garenne' 2018
Gilles Bouton’s Puligny-Montrachet 1er Cru ‘La Garenne’ touches the premier cru ‘Champs gains’ as well as the Saint Aubin 1er Cru ‘Murgers de Dents de Chien’ (which Gille also has a holding in. So we are in noble vineyard territory here. This is a golden wine, in many senses of the word. Ripe fruit, almond undertones, green apple minerality. Toasty croissant and flint combine in the mid-palate with just a touch of honey. Subtle and balanced. Concentrated. ‘Harmonious’ is the word that springs to mind.

Agnes Paquet Auxey-Duresses Blanc 'Patience No 10' 2017
Agnes uses 350 liter barrels (30% new) for this exceptional Auxey cuvee, which is only made in years that she thinks it propitious. The wine spends 12 months in the wood, then 4 months in steel to sharpen the focus. This is a serious food wine, voluptuous and rich, with deep fruit and great structure.  Drinks way above its appellation!